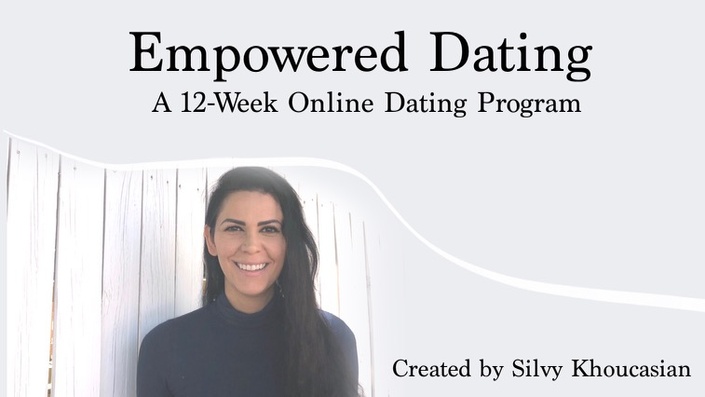 Hi! My name is Silvy.

I'm a Relationship Coach and Writer.

Over the last 9 years, I have worked with singles and couples using the attachment theory framework to help them create more satisfying relationships.

I’ve seen over and over again how the lack of awareness of attachment patterns can profoundly hurt relationships.

If you landed here, it’s probably because you’re deeply frustrated with the dating process and are struggling to create something different.

Maybe you keep getting drawn to people that don’t seem to be as emotionally invested as you.

Maybe you (unintentionally) keep pushing people away when you express your desire for connection.

Maybe you’re someone who gets really attached, really fast on dates, and you put potential partners on a pedestal … and you ignore your own needs.

Maybe you aren’t connecting with (any) of the people you’re going on dates with and you’re just not sure WHY!

Maybe you find yourself focusing on people’s flaws (instead of their gifts) when all you want is to feel close and connected.

Maybe you’re (extremely tired) of wasting time and you just want to figure out how to date more effectively so you can creating more FULFILLING love!

Whatever your situation, I’m really glad you’re here. And I really understand the frustration that can come with painful dating experiences that keep leading to dead-ends.

Outside of my “professional titles” I’m also just a person who really struggled with dating for 6 years before I met my current partner.

During my dating experiences, I would alternate between being drawn to people who were not as emotionally invested as I was (and would try to convince them to be!). .. or I would run away from the people who WERE willing to commit!

Phew. What a confusing and painful time in my life that was.

When I learned about attachment theory, I realized that I had some deep fears around commitment that kept coming up for me no matter who I dated. I also began to clearly see why hard it was sooo hard for me to clearly communicate what my needs were and why my relationships often felt unbalanced and one-sided.

Having clarity about those two things alone helped change the way I related to potential partners and allowed me to (more quickly) walk away from incompatible partners.

Recognizing the patterns that kept me in cycles of pain and disconnection, allowed me to take responsibility and feel empowered.

.. which finally made room for me to express my needs and create a relationship that felt deeply fulfilling to me.


Here are some other common dating challenges:

What if you could quickly figure out whether your "potential match" has genuine potential?

A 12-Week Online Course To Help You Create Secure Love

In this dating course, you will learn how to date better, wiser, with more clarity, compassion, and understanding (for both yourself AND the lucky ones who get to date you!) by discovering how the 4 Attachment Styles shape and impact your dating dance.

Knowing your attachment style "tendencies" will help you interrupt painful and disconnecting patterns, and learn instead how to practice more effective, skillful behaviors so that you can (finally!) create the mutually satisfying relationship you want and deserve.

This Course Will Help You Gain ... 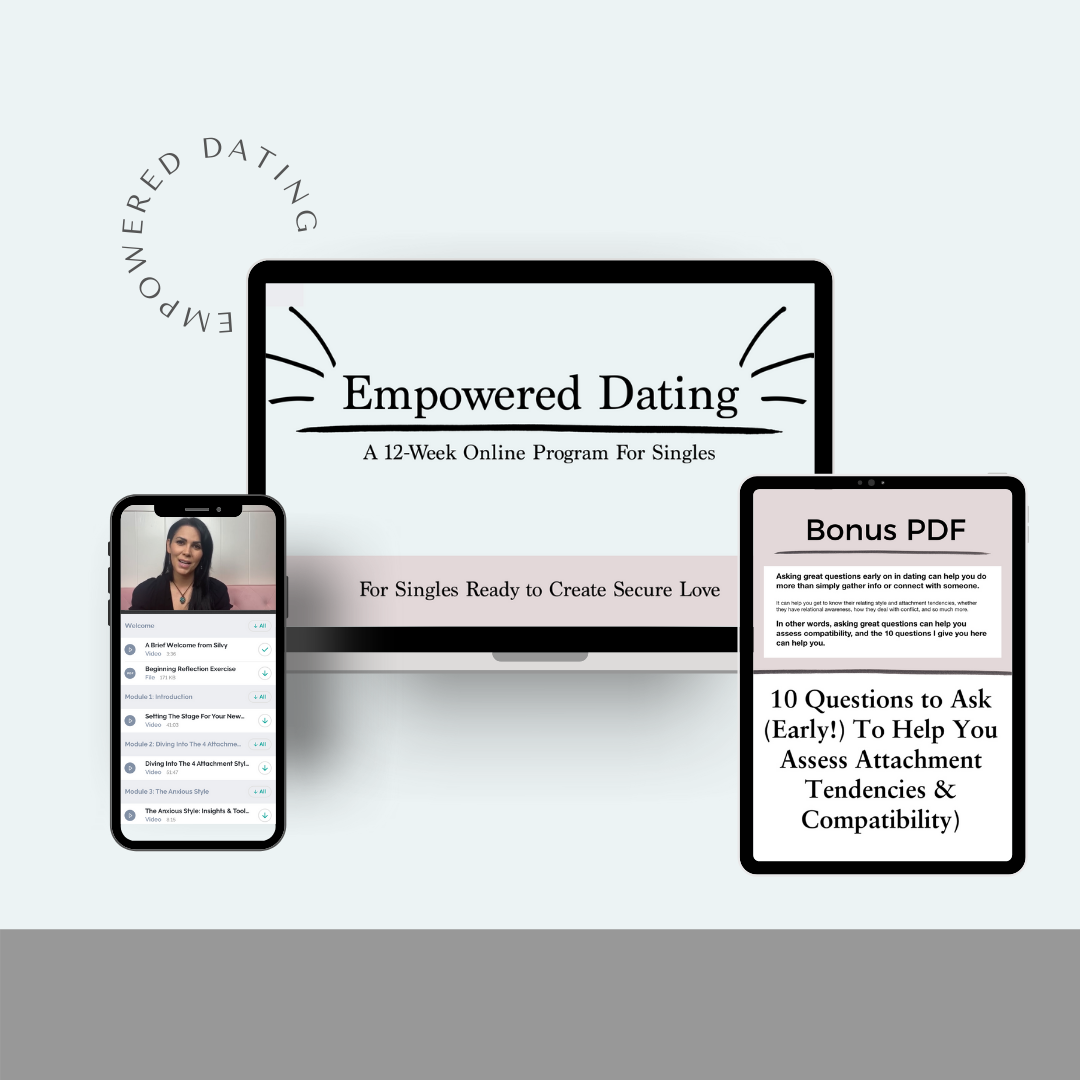 Here's What You'll Get:

PLUS ... NO-RISK, NO QUESTIONS ASKED 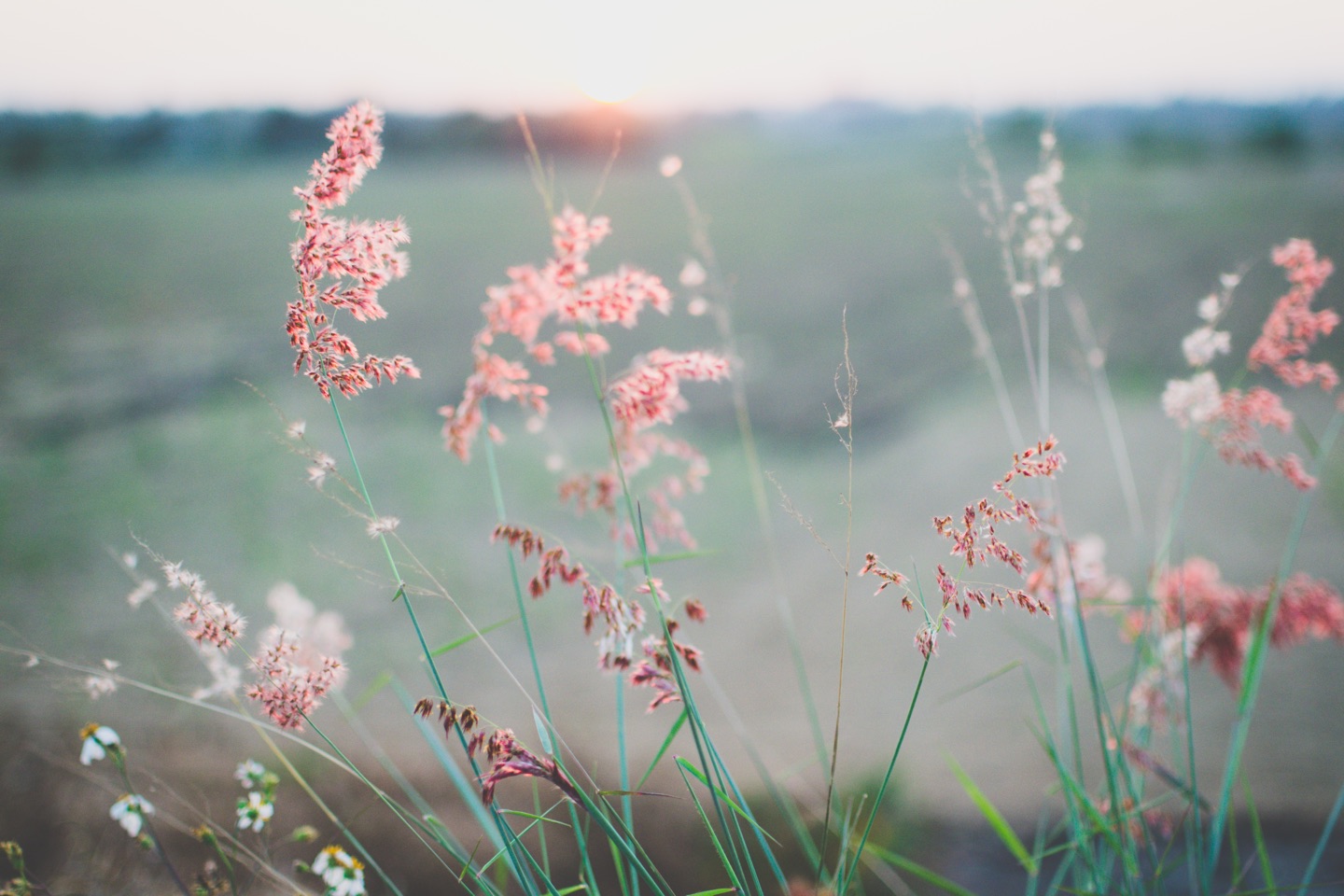 "Having Silvy walk through the different attachment styles and the experience of each in such a kind and gentle way has been such a validating and empowering experience. Thank you for giving language to my experience and providing practical tools to identify and express my needs and boundaries in relationship!" ~Melissa 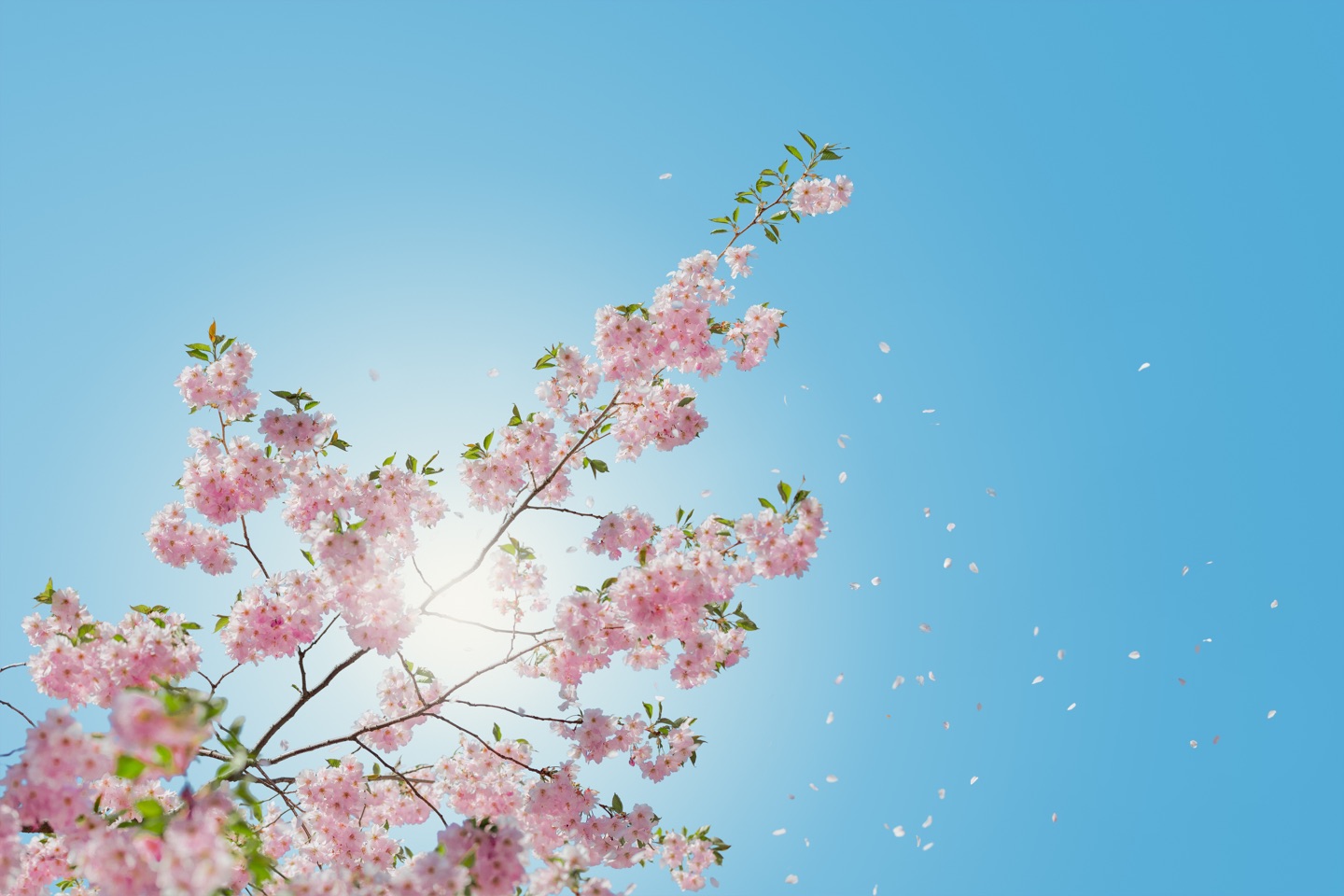 "Thank you for this incredible dating course on attachment styles. It has been, and continues to be, so insightful. It is truly life-changing for me." ~Jennifer 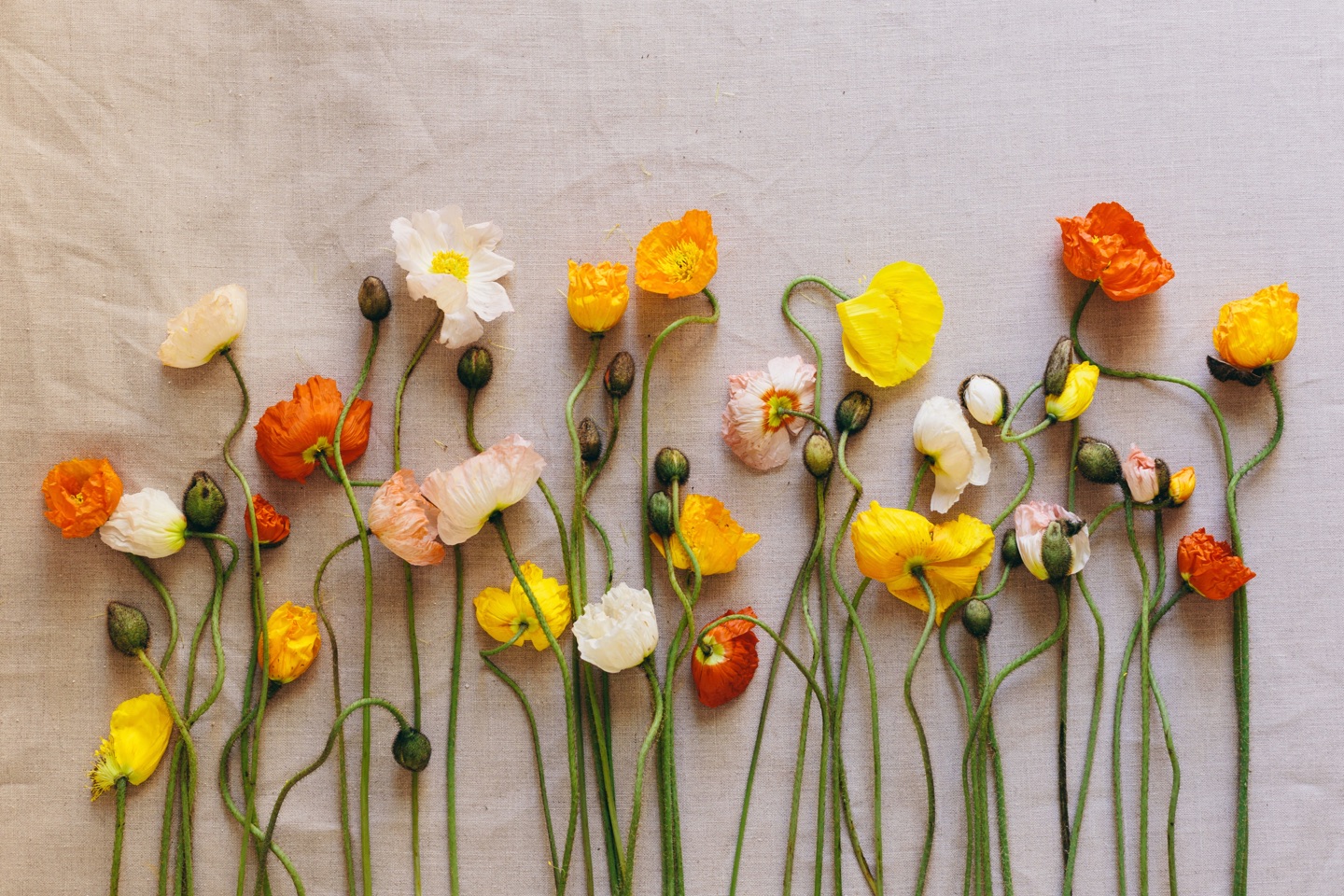 "The way Silvy presents boundaries, attachment styles, and communication skills has really changed my perspective. I'm making improvements in my life that I didn't know were even possible before." ~Chelsea 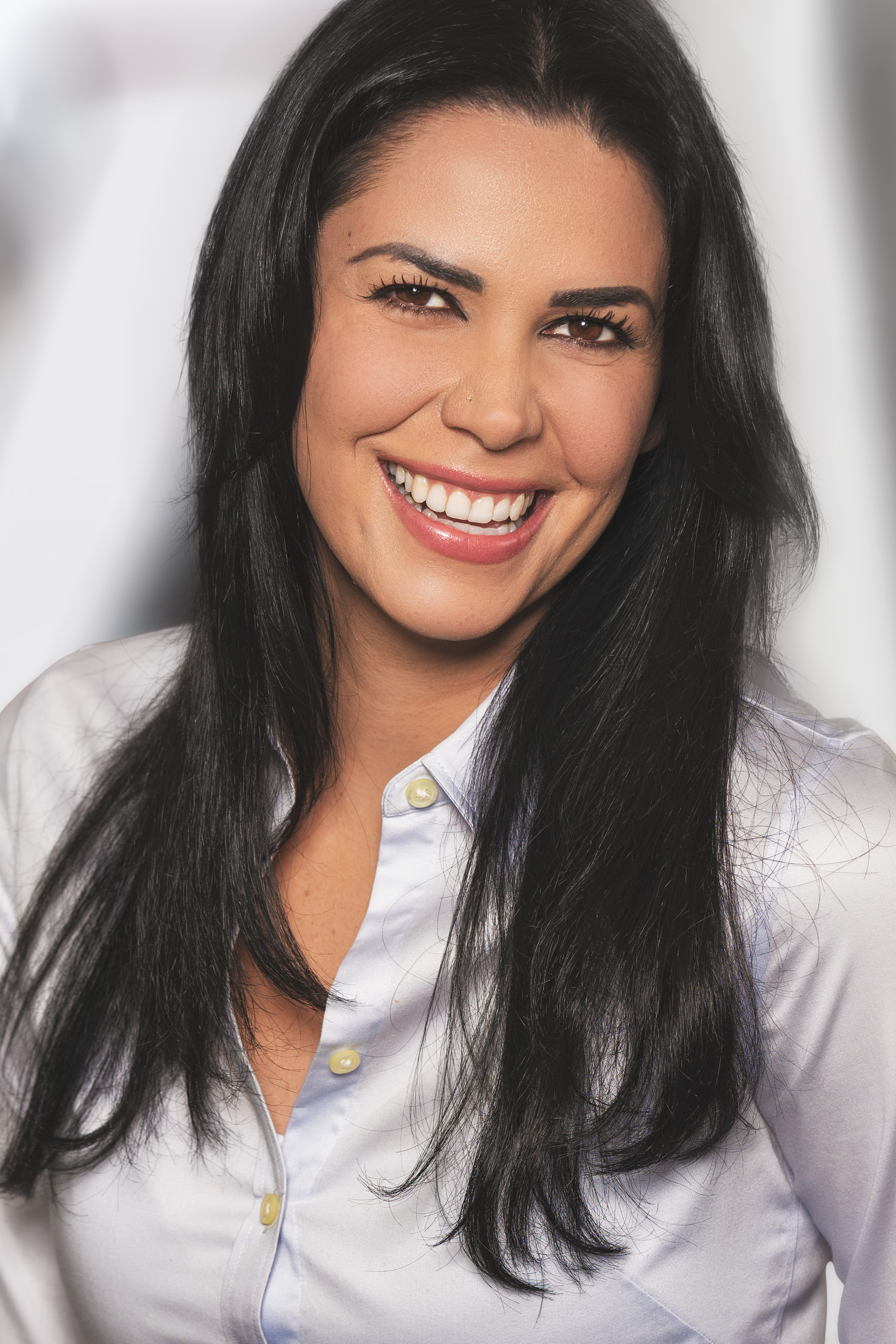 Silvy is a Relationship Coach and Writer. Silvy uniquely fuses her knowledge of attachment theory and boundaries to support people in creating fulfilling and meaningful relationships. She has coached clients all over the world the last 9 years and also spends a significant amount time investing in her own healing journey. Silvy deeply values being a compassionate guide as well as an eternal student. Silvy has been featured in Women’s Health, Vogue, Playboy, Allure, and Cosmopolitan magazine. She eagerly looks forward to contributing to the global conversation on intimate relationships for many years to come.

Do I have lifetime access to the program?
Yes! Once you enroll, you can come back and benefit from all the insights and tools you gain here whenever you want. (this program will even be helpful when you're finally IN the relationship you want).
Is the program only accessible from my computer?
You will be able to access the program from your computer or mobile device, and you'll need wifi/internet access.
What if I am unhappy with the course?
We would never want you to be unhappy. If you are unsatisfied with this course, contact us in the first 10 days and we will give you a full refund.
Is this program only for singles?
Yes, I designed this program was specifically created for singles on their dating journey. If you're in a relationship, I recommend my "Conflict to Connection" 90-Day Couples Coaching Program that offers a variety of practical insights and tools for intimate partners. Learn about that course @ www.bryanreeves.com/90day/
When does the program begin?
As soon as you enroll!